The Train of La Mure

Stopped in 2010, the little train of La Mure rolls again since July 2021. After rumours, doubts and especially an important local rally to save this Matheysine landmark, the little train has finally found its way. Let’s discover again the great story of the formerly mining train, that has become a touristic icon.

A line to link the mining area of La Mure to its main partner: Grenoble

Back in the day, the little train of La Mure carried the anthracite from the mines located in the Matheysin plateau to Grenoble. At that time, the anthracite is considered as the purest coal in the world. In 1888, the little railway line was the first electrified metre-gauge line in the world.  For 100 years, this electric railway, hauled millions of tonnes of anthracite coal over a distance of 30 kilometres from the mines at La Motte d'Aveillans, before becoming a tourist train.

Start of the tourist train

After the mining closures, in the 80’s and again during the 90’, it is the beginning of a new life for the railway : the touristic activity. The railway, by the mountains is a beautiful getaway, a real delight for everyone. Every summer since 1988, the little train of La Mure carried about 90 000 people.

The landslide in 2010 : a vanishing dream

On October 26 2010, an important cliff section slide demolished the railway. The entrance of the tunnel and the viaduct of “La Clapisse”, overlooking the lake of Monteynard, is covered by 3000 cubic metre of rubble plugs. This event stopped the Little train activity for 11 years.

After several years of struggle, the little train of La Mure finally has found an operator to get a three-year renovation project at the instigation of the department of Isère and also with the support of the local council community of Matheysine. Now there is a fully renovated train station at La Mure, monumental hand painted frescos and a brand new panoramic self-serve restaurant at the end of the train line:  the Grand Balcon of Monteynard. Part of the rolling stock includes the original locomotives and restored historic carriages as well as new Swiss-made rail coaches.

With its many tunnels and viaducts, now considered engineering works of art, the journey begins aboard the renovated carriages in La Mure train station and follows a 15 km route between mountains and green landscapes, at the foot of the Alps with a varied panorama and preserved nature by the renovated indoor carriages and the vintage open carriage that allows a ride in the air.

From the Grand Balcon, 2 pedestrian tunnels and a 600m walkable path is ahead till the lookout on Monteynard's famous artificial lake. Outstanding views from the left bank on the Obiou summit (2789 m) part of the Devoluy mountain range. On the right bank, you can discover the Mont-Aiguille (2087 m), the Vercors massif and the Trièves mountains, as well as the hydro-electric dam of Monteynard-Avignonet.

Find all the informations for the 2022 season : www.lepetitraindelamure.com

See you at La Mure station to discover again one of the Matheysine gem ! 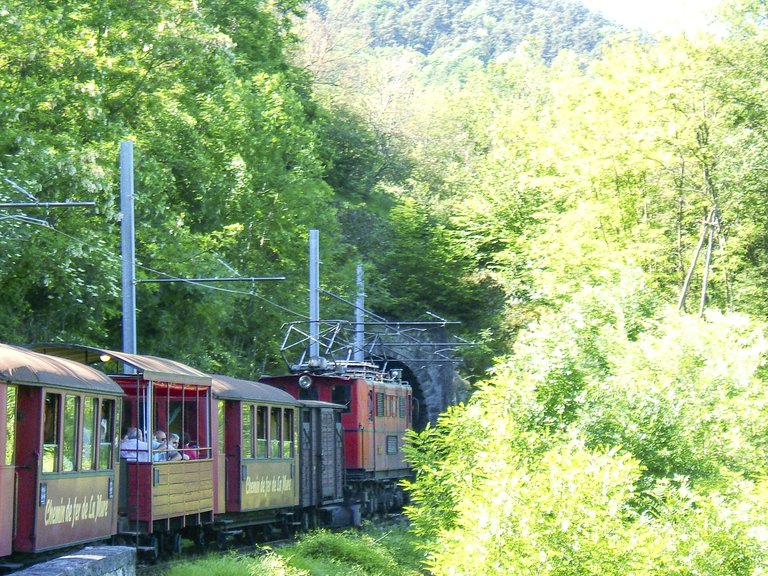 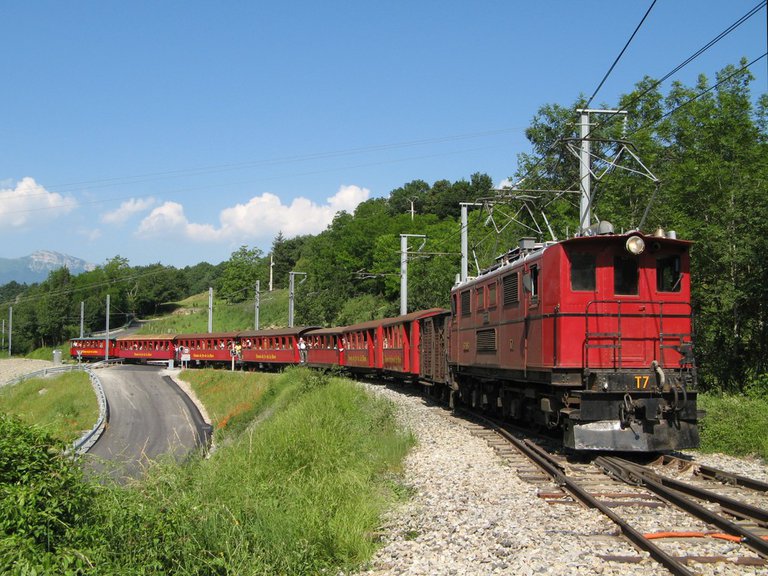