Louis XIII and the cardinal of Richelieu spent the night in Moise Duport's home, chatelain captain, in La Mure the 22nd February 1629 (Grande Rue - n°41-43). The king and his troop took a break in La Mure, before defending the duchy of Mantoue in Italy against Savoie, Austria and Spain.

From 3rd to the 5th July 1799, the Pope Pie VI staid in Pierre Noé Genevois's home, the mayor of La Mure (Grande Rue - n°13). Chased by the Republic established in Rome by the bonapartist power, the pope went into exile in Valence (Drôme). Sick, Pie VI died the following August 29.

Sick during the battle of 1940, the soldier Henri Grouès was recovering at the hospital of La Mure. The future Father Pierre remained until 1942 as chaplain. The young priest created the first group of the Murois scouts and erected with them a cross up the summit of Piquet de Nantes. 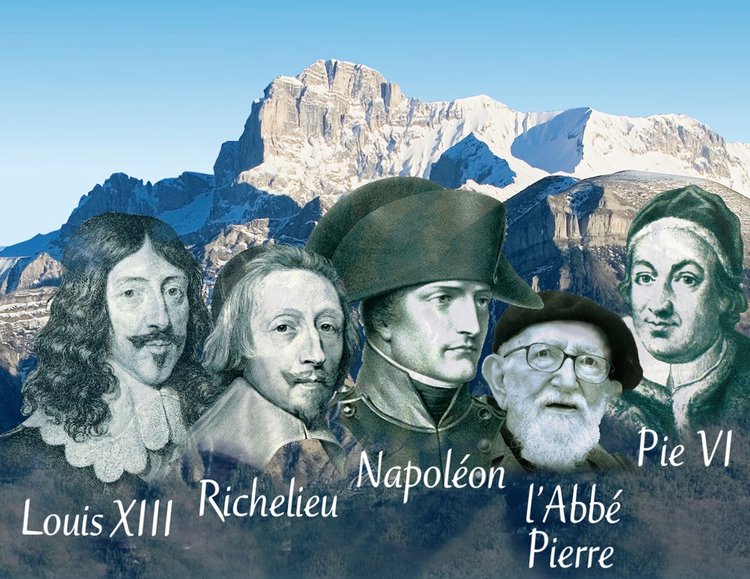