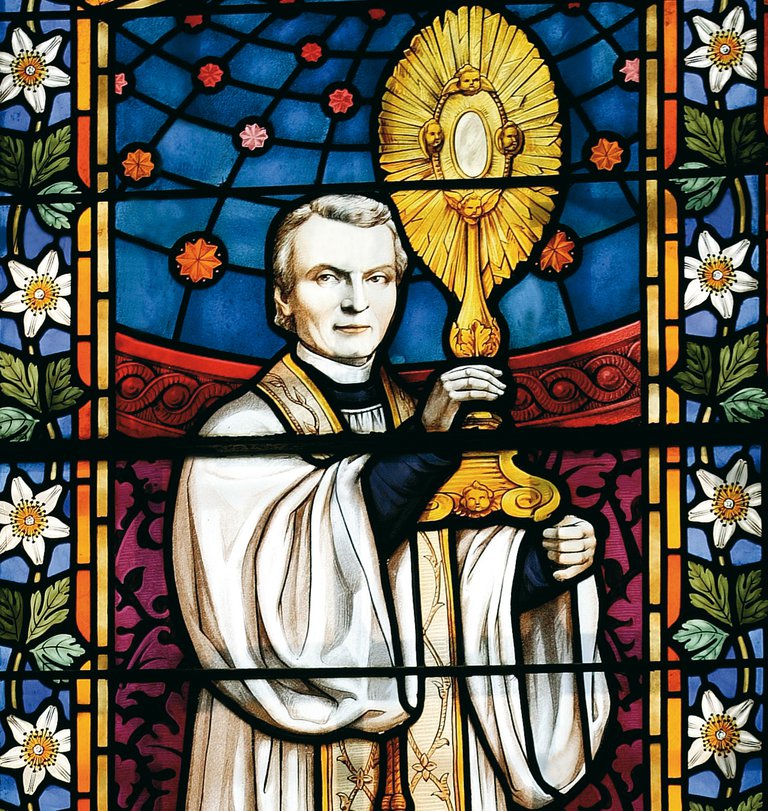 Pierre-Julien Eymard is a figurehead of Matheysine. He was born the 4th February 1811 in La Mure (Isère) in a craftsman family. The Christian devotion of his family fed him with a strong interest for the blessed sacrament. He announced his wish to become a priest during his first communion, which his father never agreed.

Without any paternal support, he found a safe place in the sanctuary of Notre-Dame de Laus where he reassured himself of his choice. He learned Latin in secret to reach his goal. After a trial among the Oblates of Mary Immaculate in Marseille, Pierre-Julien entered in to the major seminary of Grenoble.

Father Eymard became a member of the Marist Congregation, the 20th august 1839. He will be Marist during 17 years before dedicating himself to Eucharist. For that purpose, he created 2 religious congregations: the Religious and the Nursing Sisters of the blessed sacrament. He invited also the non-religious to participate to his Eucharistic spirituality. Back in La Mure, convalescing, he died the 1st august 1868, at the age of 57 years.

The 9th December 1962, the pope St Jean XXII made Pierre-Julien Eymard a Saint. St Jean-Paul II designated him as an eminent apostle of the Eucharistic and set his name day the 2nd august. He is a symbol of our land. A permanent exhibition and a chapel are dedicated to him.