Historical event in Matheysine: On March 7th 1815, the Emperor Napoleon had meet the royal troop in Laffrey.

On his journey from Elba island up to Paris in early March 1815, Napoleon crossed the Alpes and reached the village of Corps, where he spent one night. The day after, March 7th, he had a triumphal welcome in La Mure. He continued his track through the plateau Matheysin and arrived in Laffrey, where he met the Louis XVIII royal troop that had come to arrest him.

Disarmed, Napoleon moved forward the troop and pronounced this famous sentence : " Soldiers, if there is one among you who wants to kill his Emperor, here I am! ". And all the soldiers united to him.

This event took place on the banks of Laffrey lake, that since has been called the "Prairie de la Rencontre" (The meeting's meadow). This place is dominated by an impressive equestrian statue bearing the effigy of the Emperor. It is a major stopover on the famous "Route Napoléon". Every year on March 7th, the event is celebrated.

Olivier Messiaen (1908-1992) is one of the most famous compositors of the 20th century. On summer season, he chose the Dauphiné region as a land of creativity. Mountains, lakes and birds were an inexhaustible source of inspiration. Ornithology enthusiast, he particularly loved to relax in his house of Petichet. Every summer for 50 years, between lakes and mountains, Olivier Messiaen used to listen to the birds twittering. Around 400 birds' singing are actually hidden in his compositions!

Messiaen loved to say: "In the musical hierarchy, birds are the greatest musicians of the world".

Nowadays, the artist's house "Maison Messiaen" is located in the Natural and Sensitive Space of Saint-Theoffrey. It is a place dedicated to the compositor as well as an artist's residence. 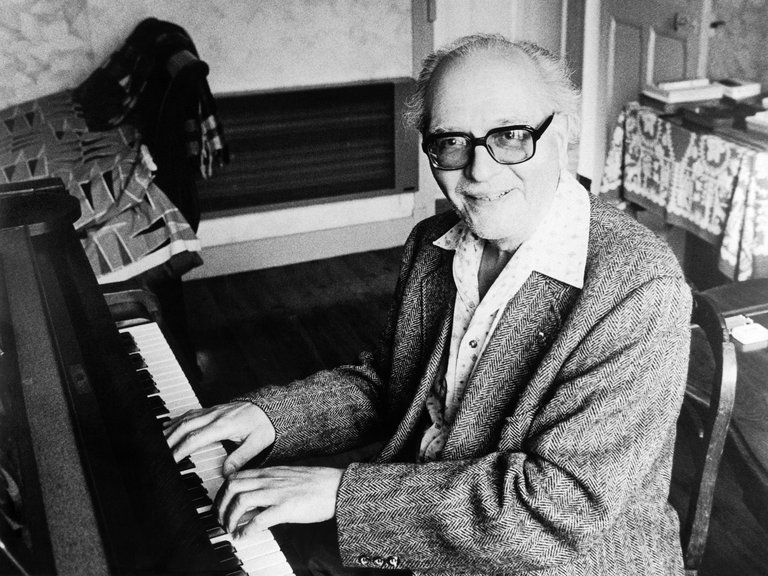 Pierre-Julien Eymard is a religious symbol of Matheysine. He was born in La Mure on February 4th, in a craftsmen family. Soon the Christian devotion of his family fed him with a strong interest for the blessed sacrament. During his first communion, he announced his wish to become a priest. Unfortunately his father never agreed.

Thus, without any paternal support, he found a safe place in the sanctuary of Notre-Dame de Laus where he reassured himself of his choice. He learned Latin in secret to reach his goal. After a trial among the Oblates of Mary Immaculate in Marseille, Pierre-Julien entered in to the major Seminary of Grenoble. He was then ordained priest on July 20th 1834.

Father Eymard remained a member of the Marist Congregation for 17 years. Then he chose to dedicate himself to Eucharist and created 2 congregations: The Religious and the Nursing Sisters of the blessed Sacrament. He also invited the non-religious to his Eucharistic spirituality. Back in La Mure because of sickness, he died on August 1st 1868, at the age of 57 years.

On December 9th 1962, the pope Saint-Jean XXII made Pierre-Julien Eymard a Saint. Saint Jean-Paul II designated him as an eminent apostle of the Eucharist and set his name's day on August 2nd.

In La Mure, you can visit the chapel and the permanent exhibition dedicated to Father Eymard.

Louis XIII and the cardinal of Richelieu spent the night in Moïse Duport's home (a chatelain captain) in La Mure on February 22th 1629 (Grande Rue, n°41-43). The king and his troop took a break in La Mure, before defending the duchy of Mantoue in Italy, against Savoie, Austria and Spain.

From July 3rd to 5th 1799, the Pope Pie VI stayed in Pierre Noé Genevois's home, the major of La Mure (Grande Rue, n°13). Chased from the Republic established in Rome by the bonapartist power, the pope went into exile in Valence (Drôme). Pie VI died of sickness on August, 29th.

During the battle of 1940, the soldier Henri Grouès was recovering at the hospital of La Mure. The future Abbé Pierre remained there until 1942 as a chaplain. The young priest created the first group of the Murois scouts and erected with them a cross up the summit of Piquet de Nantes.