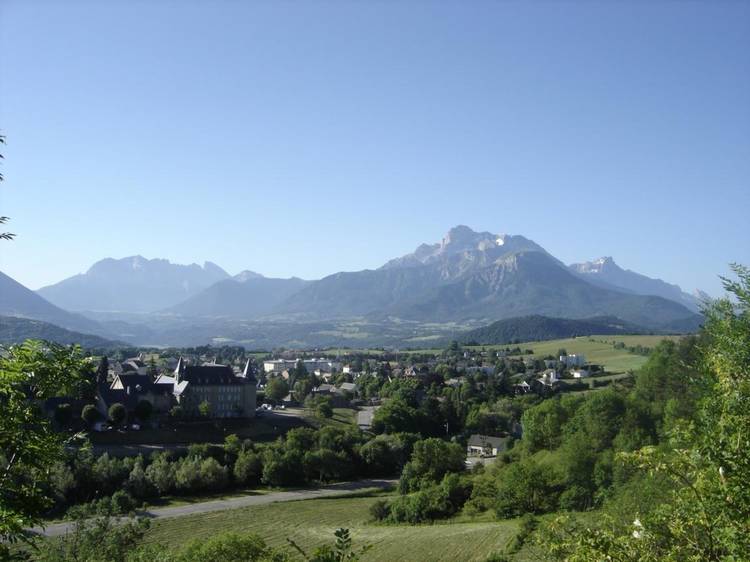 The meadows overlooking La Mure offer the opportunity to relax in a green space, while admiring the nearby peaks such as Obiou.

Departure from La Mure station. Walk along the mountain in a southerly direction to the road, cross it to take the footpath which runs along the river "La Jonche" to the media library.
Reach the town hall by taking the stairs to the right of the media library.

Once at the town hall, turn right towards the castle (rue du Jeu des Quilles). Once at the castle, take the street that goes down (Auguste Vial), until you reach a stop sign. Cross the road and take the path on the right, near a cross, in the direction of Méharie (for about 2 km).

Once at the Méharie farm, take the path on the right towards Prunières and be sure to close the gate behind you. Then go down to the river and cross the footbridge: highlight of the walk!
Then go up the hill to the village of Prunières.

You can then access the summit of Cimon (about 300 m).

The return is done by the same route: go down the same path as on the outward journey which will lead you directly to La Mure station.